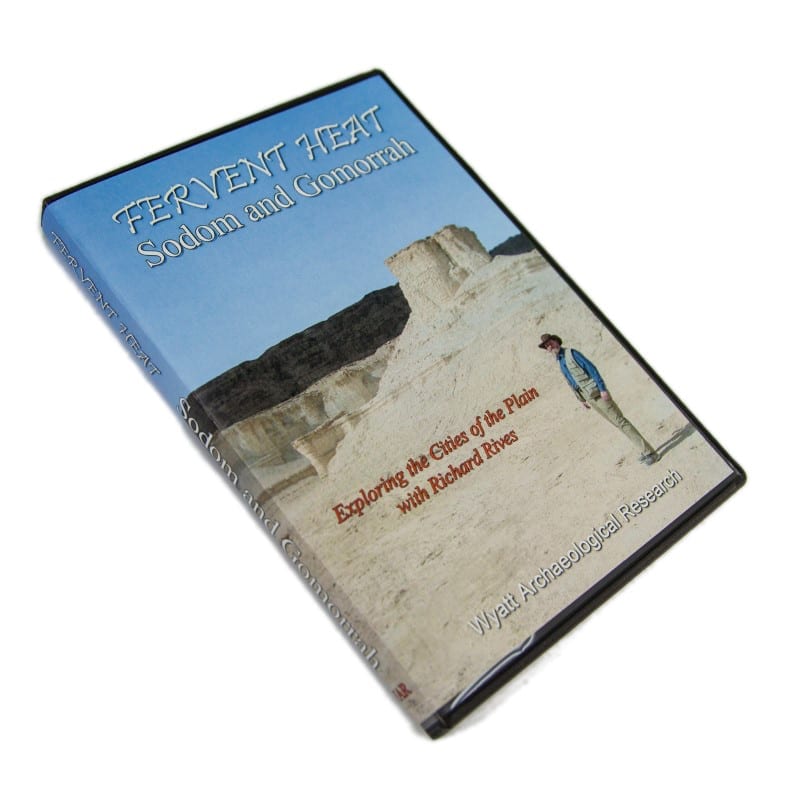 Almost four thousand years ago, a cataclysmic event took place which literally changed the face of the earth. Approximately eight hundred square miles of the worlds most fertile and productive acreage was destroyed by the greatest and most devastating fire in earths recorded history. Turning the cities of Sodom and Gomorrah into ashes God condemned them with an overthrow, making them an example, or visual example, unto those that after should live ungodly; Today the results of that devastating fire can plainly be seen throughout the Rift Valley of Israel and Jordan. Along the Western shores of the Dead Sea, the ashen remains of Sodom and Gomorrah bear witness of the ancient inferno which burned with FERVENT HEAT.

There are no reviews yet.

Be the first to review “Fervent Heat | DVD” Cancel reply